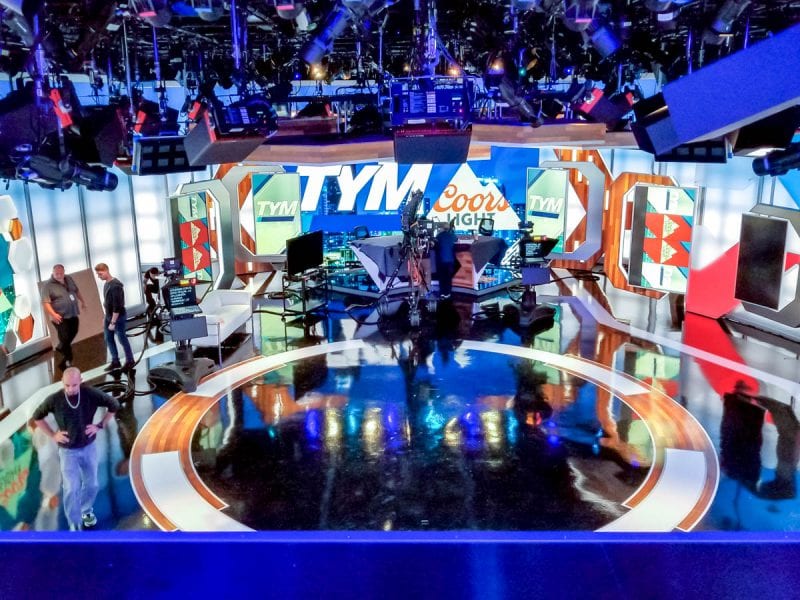 Studio A is a shared space between Telemundo Deportes and TYM. Both shows shoot in 360. There are approximately 15 various shooting areas, split between both shows. The extensive use of LED technology allows both shows a high degree of flexibility in terms of style and look, which varies significantly between both programs. The JMW design, which was spearheaded by Joe Lamberta, is not only artistically pleasing but provides a high degree of flexibility for the Telemundo team.