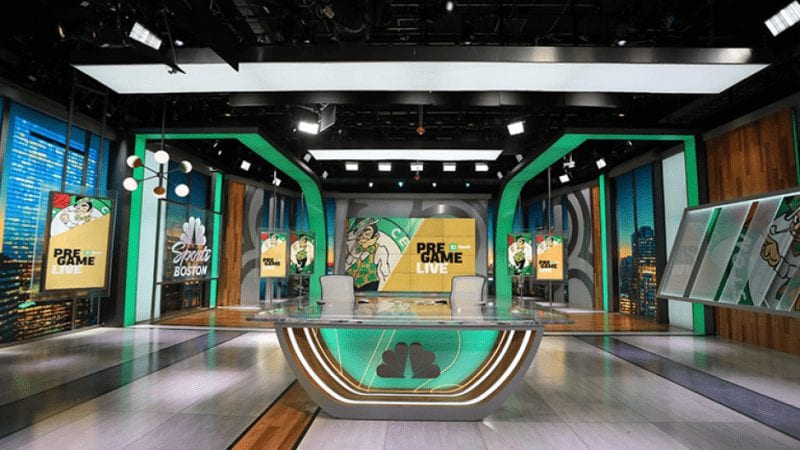 The new studio is home to Celtics pre/postgame, Early Edition, and Boston Sports Nightly, each of which are given a distinct look.  The scenic design by Jack Morton Worldwide includes a 30ft LED monitor which serves as a visual focal point and for touchscreen analysis.  The extensive demo area has an LED monitor on the floor and a background that can become a virtual basketball court or other playing fields the reporter can interact with.  New technology integrated into the studio enables the anchors to highlight the intricacies of the game and communicate with their audience more effectively.  Brill and Galen artfully lit the studio to enable the in-depth storytelling and interaction with new LED technology.