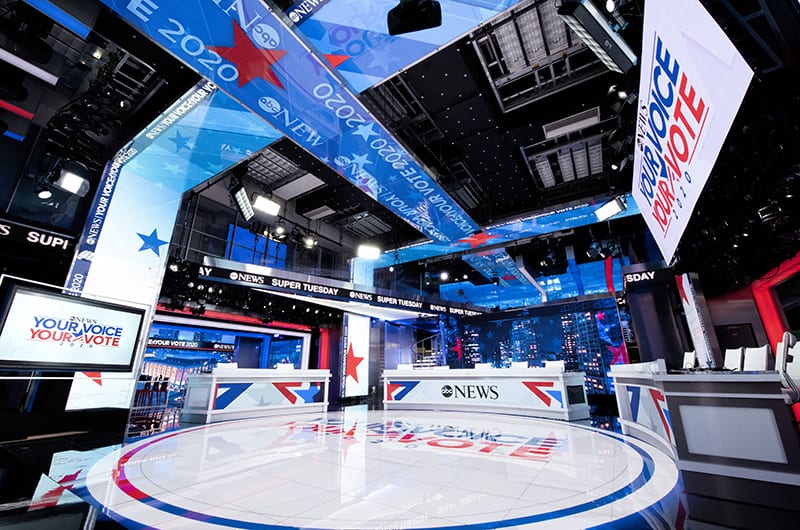 The flagship studio was completely revamped to emulate the wrap around set and large scale lighting used in the 2018 midterm elections.  Seth Easter’s colorful scenic design surrounded the set with video walls, a couple of which move in and out, a circular video floor in the center for augmented reality graphics, and a T-shaped video wall hung above the set.  Size’s agile lighting design showcased ABC’s election coverage and enables the multiple news shows broadcast from TV3 to have their own distinct looks. The design team took on the challenge of completely redesigning the studio for the 2020 elections in the midst of the pandemic to give it a bigger more modern appearance.