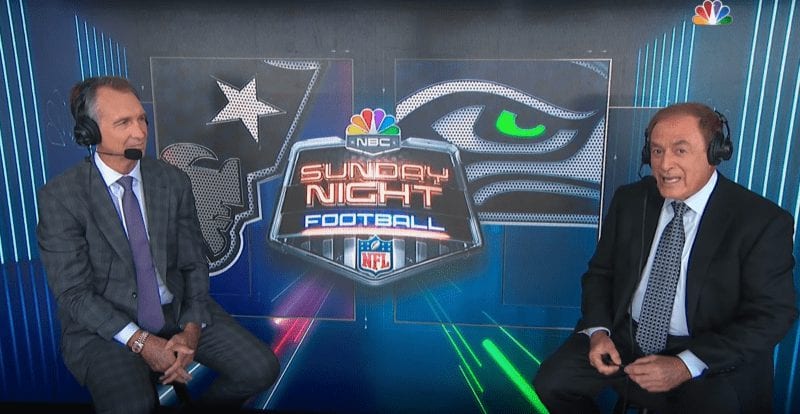 Once again in 2020, Senior Designer Paul Lohr joined the NFL on the road to light Sunday Night Football on NBC.  The weekly broadcast took him to stadiums across America, from Foxborough, Massachusetts to Santa Clara, California.  Each stadium booth is unique and requires its own lighting design.  Some of the challenges he faced included very small booths with architectural elements that had to be worked around and booths with no place to hang lights requiring him to rig positions.  Lohr’s design also had to contend with the ambient light that flows through the stadium windows and pollutes the anchors’ positions and the LED wall behind them.  Stadium by stadium, Lohr surmounted these challenges to light a clean crisp show in the midst of a pandemic.  Photos by Sports Video Group and Paul Lohr.