For this year’s NFL season, ESPN has created its own “bubble” in New York City leveraging the capabilities of its South Street Seaport facility along with a new rooftop studio space.

“Our shows, especially ‘Monday Night Countdown,’ are usually on the road… with COVID and travel restrictions, that became a difficult challenge,” said Terry Brady, director of remote production operations at ESPN.

With the safety of crew and talent at the forefront, ESPN opted out of traveling this NFL season, instead of creating a new home for the show along with “Sunday NFL Countdown.” 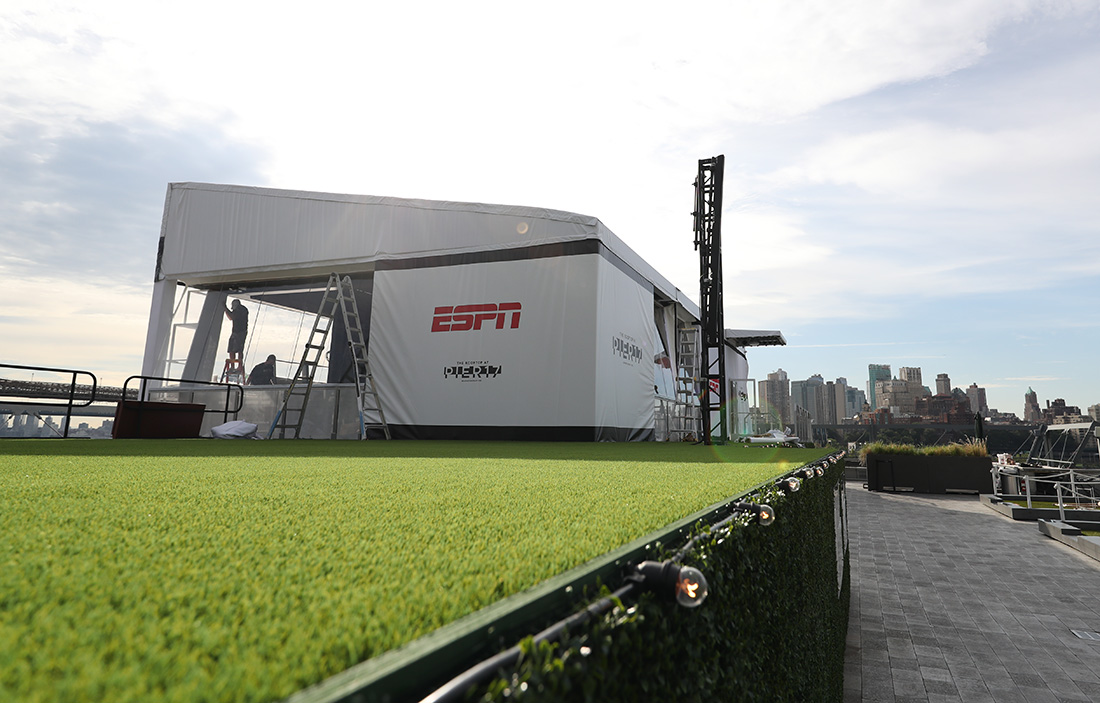 “We were looking for an alternative to bring talent to New York, first and foremost to keep them safe in a quasi bubble and also to showcase New York as the hub of sports,” noted Brady. “We thought it was a really good option to keep the show fresh for the fans.”

Atop the roof of the Pier 17 at the South Street Seaport complex, which includes a public greenspace and restaurant, ESPN has erected a studio with sweeping views of Downtown Manhattan and the Brooklyn Bridge.

The Pier 17 facility is the normal home for programs including “First Take,” Around the Horn” and “Get Up!”

Brady notes the final decision on the relocation was made only about 20 days before going on air, setting off a rapid series of events.

“We had a very short time frame,” said Brady. “All our partners and our all our ESPN staff and departments really stepped up. We’re moving forward at a very rapid pace.” 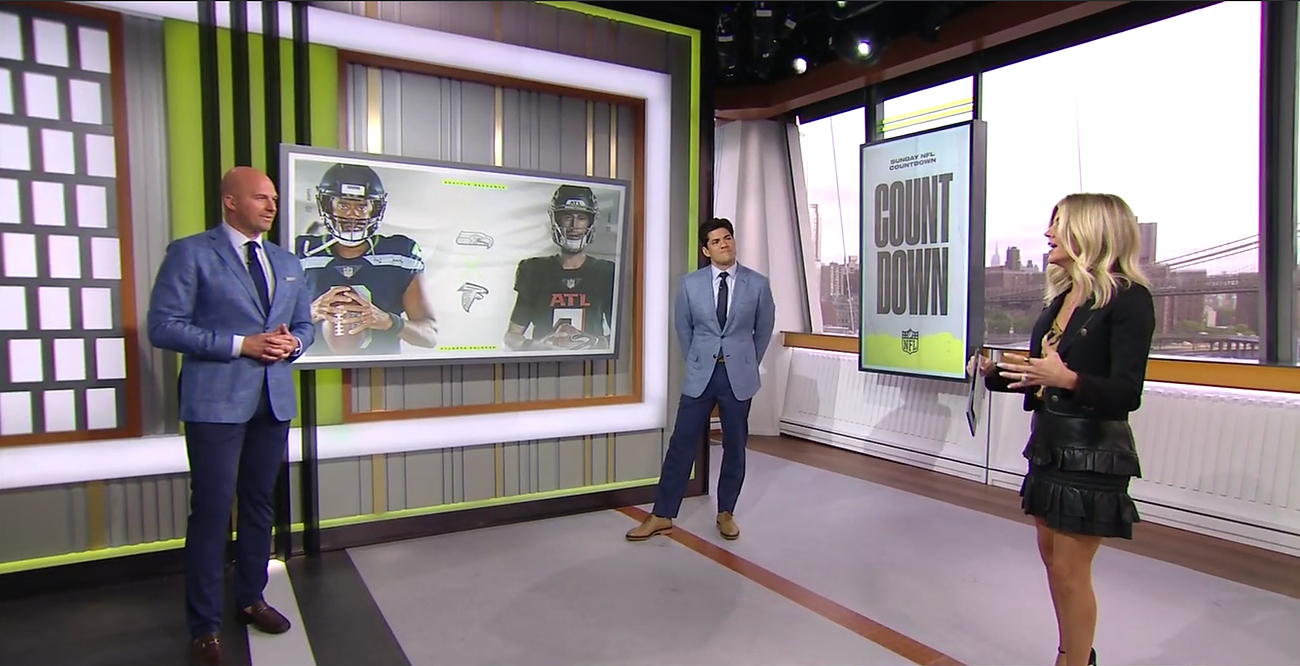 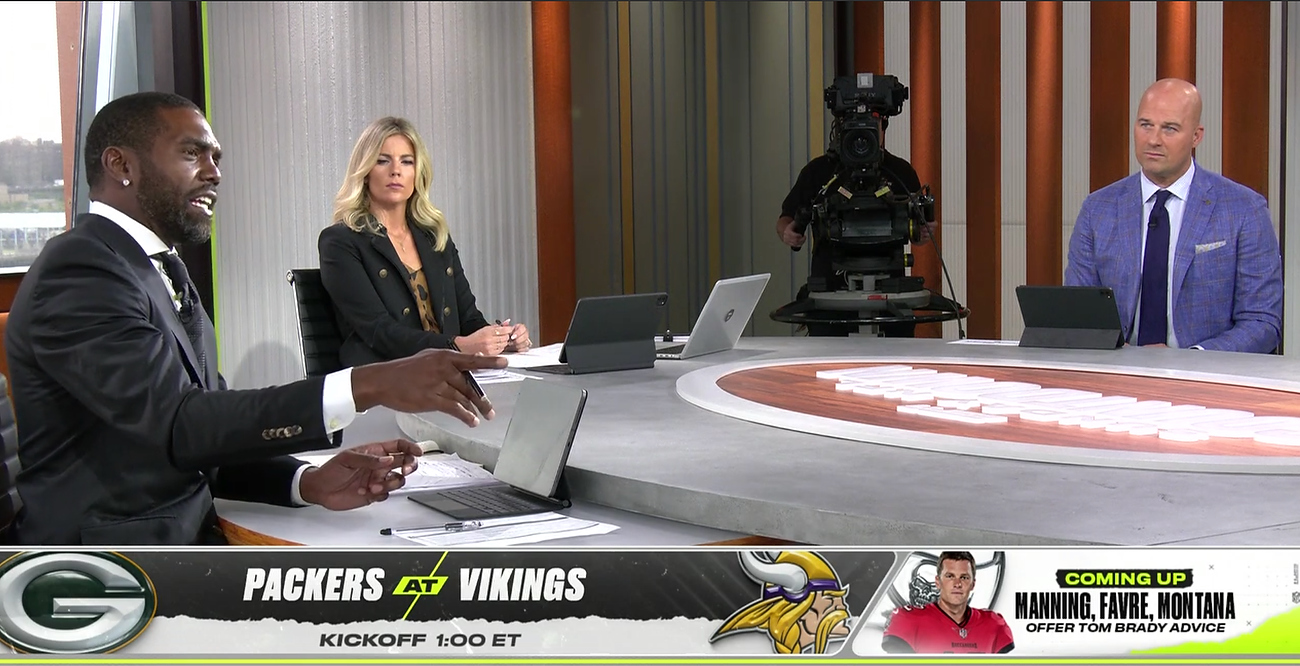 Jack Morton Worldwide was able to design the interior space in only five days, mixing urban design elements found in the seaport with organic materials and finishes found in ESPN’s current NFL branding.

“The new seaport design is a distant cousin of the current NFL studios in Bristol, with similar finishes but an overall brighter tone. The primary goal was to retain as much of the expansive view as possible, while also providing production support space,” said Andre Durette, the principal designer on the project from Jack Morton Worldwide.

“Richly-textured internal walls solved both issues, with a segment of them able to track to reveal more of downtown Manhattan if desired. Additional presentation areas include a one-on-one area with a stand-up monitor, along with three tracking screens to introduce content graphics and sponsorship,” said Durette. 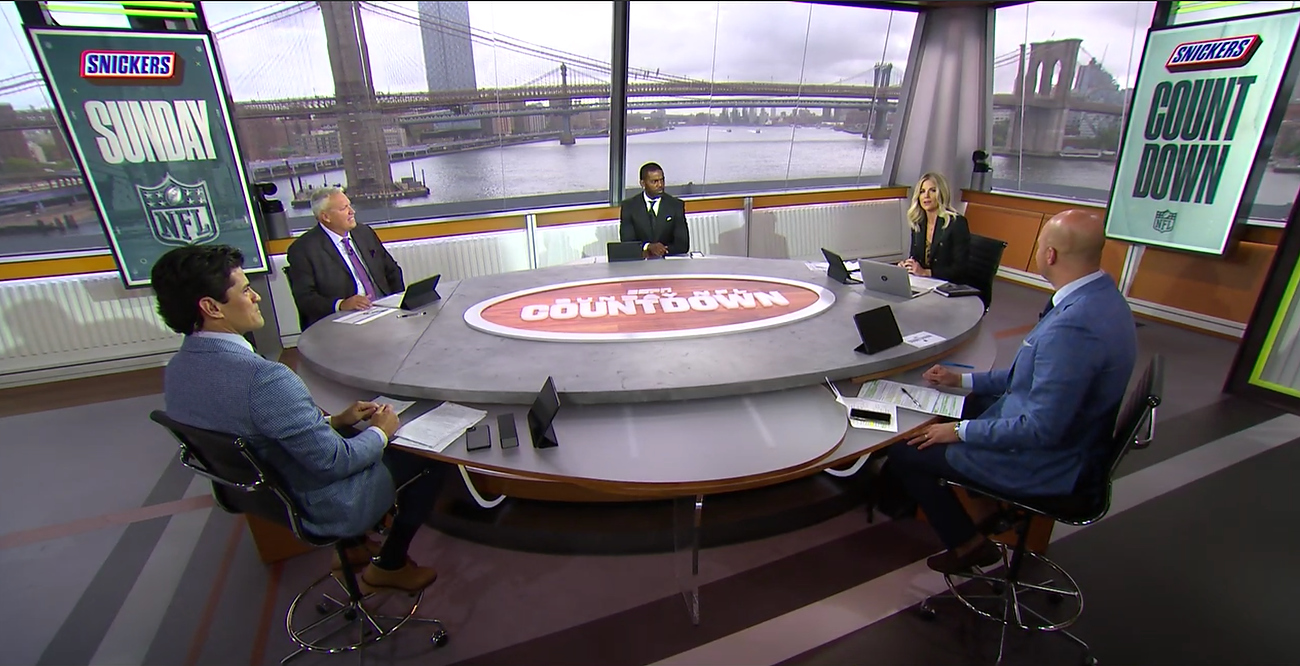 The key piece of the studio is its 360-degree, socially distanced desk which is designed to expand based on the needs of a particular production.

“We chose to shoot that in a round to highlight the vistas of the Brooklyn Bridge, the East River and the skyline of New York City,” said Brady. “But, first and foremost was the protection and safety of our of our team.”

Three PTZ cameras allow for one-shots of talent along with a Steadicam, three traditional pedestal cameras and two jibs, both capable of augmented reality graphics.

The entire 1080p production relies on ESPN’s REMI workflow with control from Bristol using 24 outbound transmission paths and 14 return paths for the studio monitors and feeds.

ESPN has also noted its NBA coverage will utilize the studio for the upcoming NBA Playoffs, with other programs potentially activating the space later this year.